A major new paper “Brexit delayed is Brexit Denied  –  Why the UK Must Not Extend the Transition Period” – has been published on 16 May 2020 by the Centre for Brexit Policy. The paper is authored by a group of well known economists and trade experts. Owen Paterson  MP covers the political aspects, while the legal aspects have been contributed by Lawyers for Britain Chairman Martin Howe QC and City lawyer Barney Reynolds.

Most Sunday papers on 17 May featured the report, with for example the Mail on Sunday focussing on the anticipated costs to the UK of up to £378 billion if an extension of the transition period takes place beyond the end of this year into 2021 or even 2022.

Martin Howe QC commented: “The economic costs are very important, but we at Lawyers for Britain are particularly concerned about the legal and constitutional consequences if the current transition period were to be extended. We are now in the extraordinary and dangerous situation of being subject to EU laws and rules across the board, while having no say, no vote, no veto, and no representation on the EU Commission or the ECJ. This situation is already bad enough if it lasts as currently planned until 31 December this year, but for the UK to be subject (for example) to EU State aid controls into next year could cripple the UK’s ability to rebuild our economy after the coronavirus crisis.”

The paper also argues that extending the transition period will not make reaching a deal with the EU any more likely, because it would simply encourage the EU to dig in with its unreasonable demands for the UK to be subject to many EU laws for the indefinite future as the price of a trade deal.

Despite the coronavirus emergency currently swamping media outlets, Lawyers for Britain are working hard on ideas for safeguarding the UK’s future legal sovereignty and indendence which we shall be unveiling in the coming weeks. 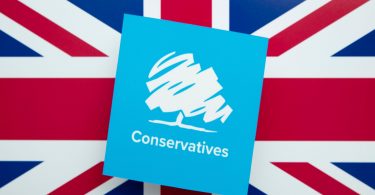 The biggest thing affecting the future of Brexit is: who will become leader of the Conservative...

The so-called Star Chamber of legal advisers to the European Research Group of Conservative...

Chairman of Lawyers for Britain Martin Howe QC addressed a meeting of the Bruges Group at the...

Martin Howe QC is Chairman of Lawyers for Britain. An article based on this piece was published in...

August 2019 update to supporters from Martin Howe QC, Chairman of Lawyers for Britain. What a...