A simple explainer about Article XXIV of the GATT

There seems to be a lot of misunderstanding flying around about Article XXIV of the General Agreement on Tariffs and Trade 1994 (GATT). GATT is one of the main WTO Agreements, and relates to trade in goods.

However, Art.XXIV of GATT lays down a number of permissible exceptions to the MFN principle. (And please note that is should be correctly cited as Article XXIV, not as Article 24 – in the actual treaty text, the treaty articles have Roman numbers). A pair of countries or a group of countries can decide to establish between themselves either a customs union or a free trade area. The reason why our present arrangements as an EU Member State do not breach the MFN principle is because the Treaty of Rome established a permissible customs union between the Member States as defined in Art.XXIV(8)(a).

It is generally recognised that entering into a full Canada-style FTA (or a Canada +++ style FTA) with the EU will take a long time to negotiate and conclude. This is because such an FTA deals with very many other subjects apart from tariffs.

But suppose that the UK and the EU agree in principle that they intend to negotiate and conclude an FTA, but want in the meantime to have a standstill under which zero tariffs are charged on goods imported and exported between them? Can this be done without violating the MFN principle in GATT?

The answer is that it can. The UK and the EU can enter into a temporary FTA, intended to last only until the full FTA is negotiated and concluded. A temporary FTA dealing only with tariffs can be extremely simple. Dr Lorand Bartels, an expert in trade law at Cambridge University, has produced a one-page draft of such an agreement.

Such “interim” agreements can be used when tariffs are phased out over a period of time rather than being abolished overnight. So for example when the Treaty of Rome first came into force in 1957, it did not initially comply with the definition of a customs union because that definition requires tariffs between the members to be zero. But they did not actually get down to zero until the end of the phasing 1968.

An agreement for a phased reduction of tariffs over a period of time to be followed by a separate customs union agreement or FTA is an “interim” agreement within Art.XXIV, and so it seems at least during the phase-in period is a single agreement providing for phasing followed by zero tariffs, although there is some debate about that: for more detail on this issue, see ‘Interim Agreements’ under Article XXIV GATT by Lorand Bartels, World Trade Review (2009), 8: 2, 339-350

The EU’s powers to conclude a temporary FTA

A further issue is that most, if not all, external FTAs concluded by the EU are so-called “mixed competence” agreements. This means that some provisions of the FTA are outside the scope of the external treaty-making powers of the EU and therefore the individual Member States need to be parties to the treaty as well as the EU itself.

This was the case with the EU-Canada FTA (CETA) and the reason why the Walloon Parliament was able to hold up treaty ratification.

When the EU has agreed a “mixed competence” trade agreement with a non-member country, and it is held up by non-ratification by one or more Member States, the EU can, and in practice does from time to time, enter into an interim trade agreement with the country concerned. Such an interim agreement will contain only the parts of the full FTA which fall within the scope of the EU’s own treaty-making powers. This use of the word “interim” has nothing to do with interim agreements as defined by Art.XXIV of GATT, but just means that the agreement stays in place until it is superseded by ratification of the full mixed competence FTA.

The simple FTA discussed above falls fully within the EU’s external powers under the common commercial policy. Therefore it can be concluded by the EU itself (based on a QMV vote in the Council of Ministers and approval by the European Parliament), and does not require to be signed or ratified by the individual Member States.

On the UK side, the conclusion of such an FTA is even simpler. Under section 9 of the Taxation (Cross Border Trade) Act 2018, the Treasury has power to implement such an FTA by issuing regulations. 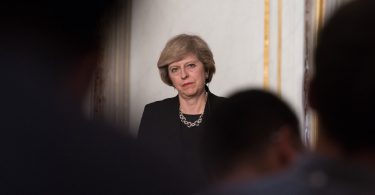